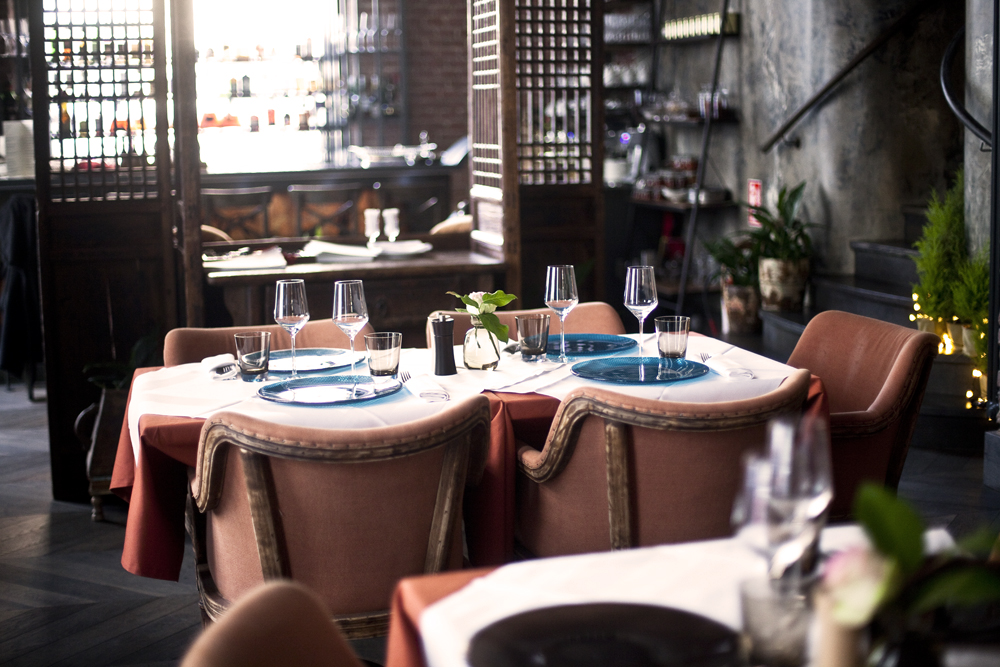 Le’o had caught my attention for the first time when I set my eyes on a photo of a splendid chandelier someone has uploaded on Instagram couple of months ago! Usually, when I see photos like that I tend to think of some really cool places like London, Paris, Moscow, etc. But apparently Le’o is located in Vienna! 🙂

Last week Des and I finally decided to have lunch in this superbly decorated restaurant, inspired by English and French Bars with oriental details. Our timing was great so we managed to meet one of the owners, Levon Merkurov. The hospitable Armenian shared many interesting facts about his restaurant and his background with us.

Levons brother, Ovanes Pogosyan, who is also the owner of the renowned “Château de Fantômas”, an exclusive members-only club and the Chinese restaurant “Bruce Lee” in Moscow, succeeded in turning his hobby into a career! Together the two brothers decided to open a small restaurant in Vienna. It was opened at beginning of October last year and is nicely hidden behind the Kempinski. The name Le’o is a combination of initial letters of  brothers’ names.

We also found out that Levon had his inspiration from his travel experiences (he used to live in Armenia and Moscow for many years) as well as his passion for food and cooking. That’s the reason why he offers international cuisine to his clients, which are mainly locals of Vienna.
Furthermore, Leo’s head chef is talented Daniel Lisy who learned his skills in “Le Ciel”. He was the one who prepared an excellent meal for us: Des had a delicious risotto with beetrot and brie cheese, whereas I had a tuna fillet fried in sesame seeds. Both dishes were brilliant! We enjoyed the pleasant atmosphere and savoured the food with delight.

Nevertheless, was very difficult to choose what to eat since the menu is adapted seasonally, everything has to be fresh.
Levons favorite dishes from the menu are: Soups – Pumpkin soup with goat cheese on toast, Starters – Grape leaves with ground meat and yoghurt dressing, Salads – Warm chicken salad with grilled peppers and walnut dressing, Pasta – Spaghetti with Calamari, Meat – Grilled lamm chops with rosemary potatoes, Fish – Fried sea Bass fillet with rice. When asked about the dessert he mentioned banana tart and pain perdue.

Atmosphere and background music are also always changing. During the day Levon prefers to have soul, jazz or funk music and for evenings there are several DJs lined up throughout the week.

Finally, I had already mentioned the chandelier that pointed me to this place. So naturally we were really keen to hear more about the interior design, which has been multiculturaly influenced. For example, the Art Deco inspired Crytsal Chandeliers named “Pagode” were designed by Karl Witzman in the early 1930’s and one can find them at Lobymeyer in Vienna. The partition divider was acquired in Bali, an antique commode bought at the Maison Objet exhibition in Paris.
Fascinating details that left me speechless were moss on the wall and Le’os own marmalade filling beautiful lined out jars.

We would definitely recommend a visit to Le’o! 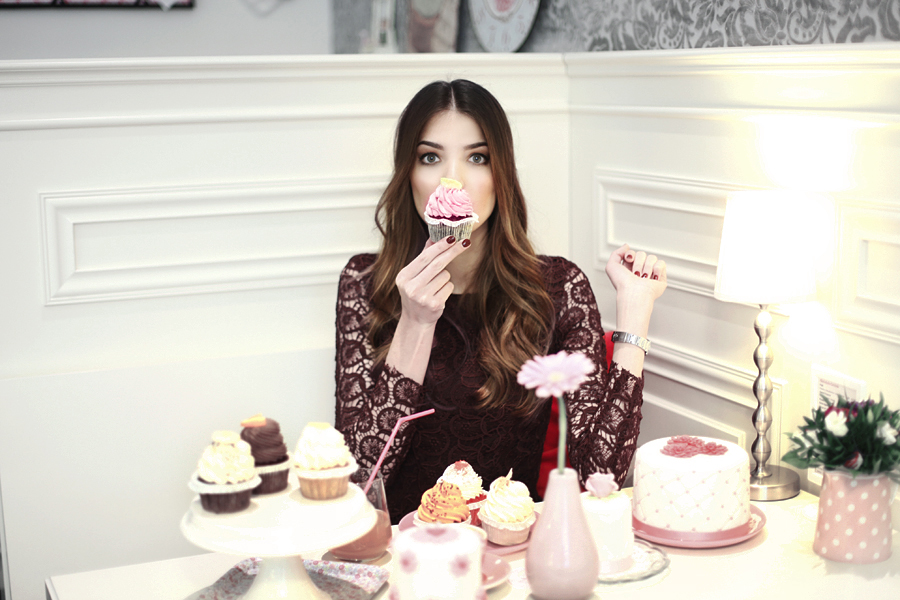 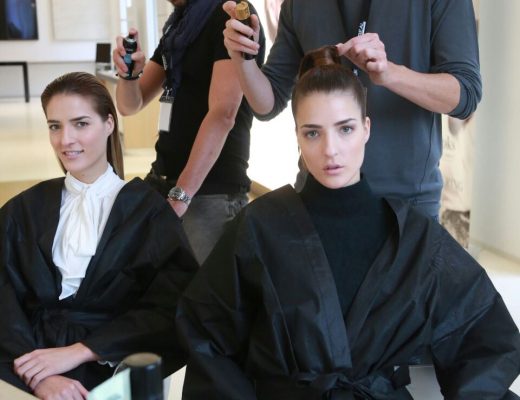 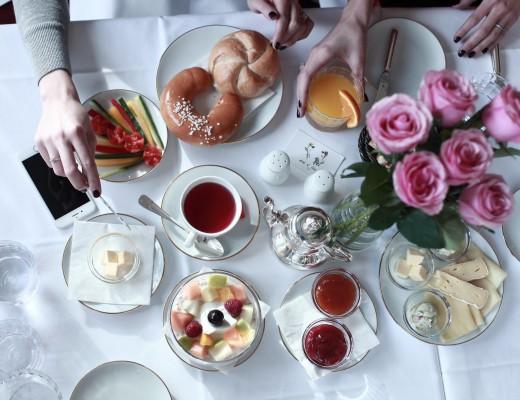